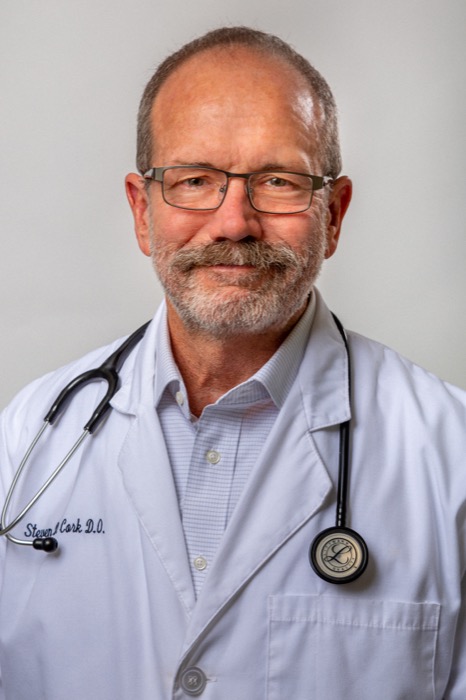 Dr. Steven Cork graduated from Nova Southeastern University in 1995. In 1996 Dr. Cork was named the Chief Intern and served as the Medical Director of the residency program from 1998 to 2000 at Columbia Medical Center – Peninsula.

Prior to starting his family practice in late 2003, Dr. Cork worked as an Emergency Department Physician from 1996 to 2003 at Peninsula Medical Center. Preceding his graduation from medical school, Dr. Cork attended the University of Florida where he graduated with a degree in Pharmacy and worked as a pharmacist from 1985 to 1991. A Daytona Beach, Florida native, Dr. Cork enjoys spending time with his wife, Mary, and his four grown children.