What Is an MRI?

MRI is a scan/exam where a large powerful magnet and high-powered radiofrequency pulses produce high-resolution image slices of the inside of a body part. MRI produces detailed image slices of the soft tissues of the body including the blood vessels without using potentially damaging ionizing radiation, so it is considered “non-invasive” and extremely safe. These slices are like a loaf of bread where any specific slice can be removed and examined. Typically, 2-3 angles or planes of slices are utilized to fully image any injury or pathology creating very accurate diagnosis information for your clinician. 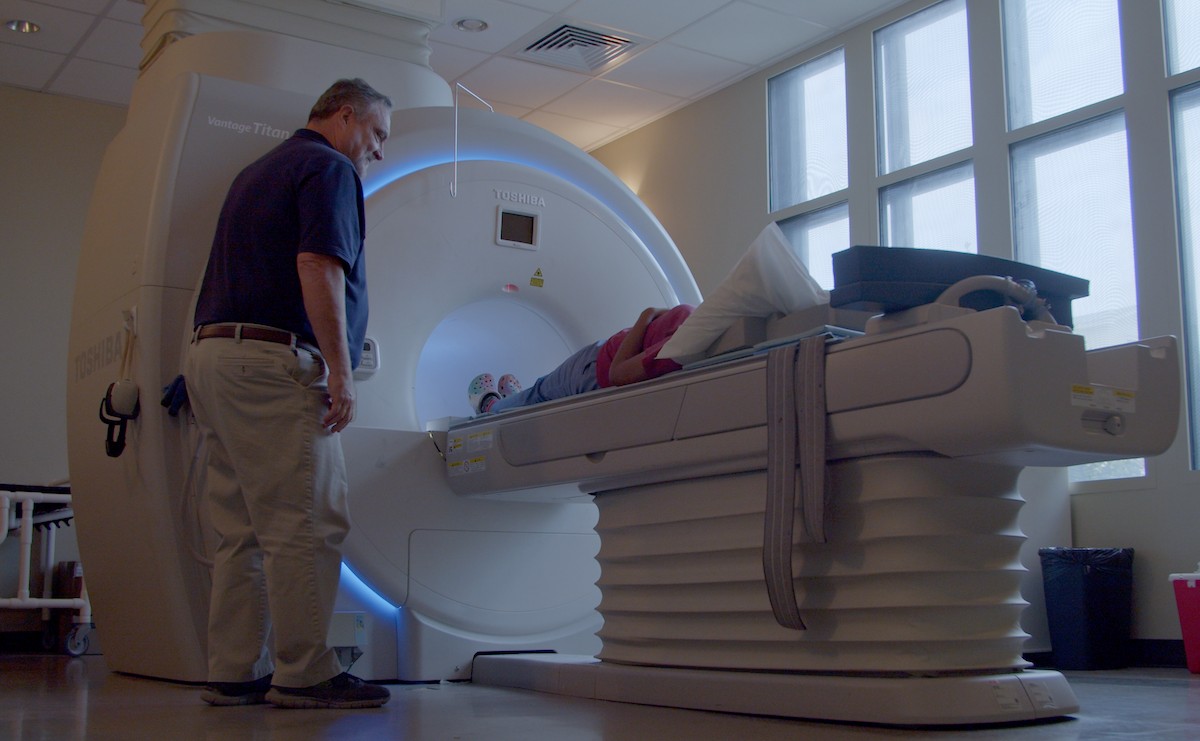 How Does MRI Work?

The radiofrequency pulses target water molecules in the body, temporarily magnetizing them. Detectors measure the release of this magnetic energy and produce images based on the speed the energy is released from the tissues in the body part being imaged.

What Can I Expect During My MRI Scan?

The body part to be imaged will be wrapped in a detector coil or you will lay on one then the specific body part will be moved into a large tube. Most scans do not require your entire body to be inside the scan tube. Our modern MRI machines utilize large, short bore-type tubes and while they aren’t technically considered open… they are actually MORE roomy and comfortable!

The radiofrequency pulses that make the images can be somewhat noisy and loud at times during the scan. You will be given headphones to listen to the soothing music of your choice to alleviate this minor distraction.

Some scans ordered require contrast for portions of the test for more detailed images.

Some minor electric sensations can be experienced during the pulses as they can momentarily override your nerve impulses, this is normal and fleeting and does not last after the pulses stop.